‘Twas the morning before Christmas Island, and all through the airport

Divers were stirring, with not even a coffee…

Fifteen of us at Melbourne Airport at sparrowfart, loaded up with tropical dive gear and the tiny amount of clothing that would fit in the remaining space, excitement overriding the bleariness of the early hour.  The anticipation had been mounting as evidenced by the amount of activity in the WhatsApp group, and now the day had finally arrived and we were raring to go!  Even the Virgin Airlines staff were smiling on us. 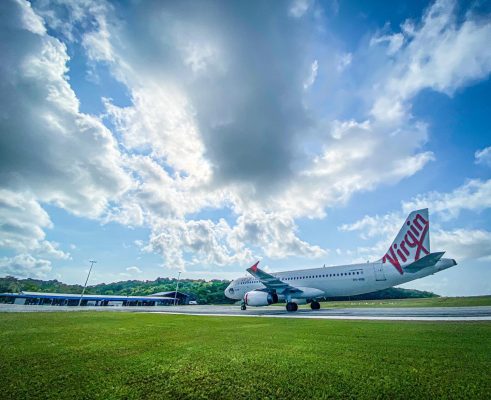 Met the non-Scuba-Culture group member, David N from Warrnambool who joined us on the trip.  He was awesome, his great sense of humour made us all laugh and he put up with us lot with every appearance of enjoyment. Check-in, breakfast, flight to Perth, met up with the sixteenth member of our group who was in Perth already for work, TRS and duty free shopping, flight to Christmas Island.  All our luggage arrived so we were very happy.  Our accommodation at the Sunset Lodge on the waterfront had a beautiful ocean view so we were even happier. And to top it off, dinner was good at the pub a few doors down from our accommodation. 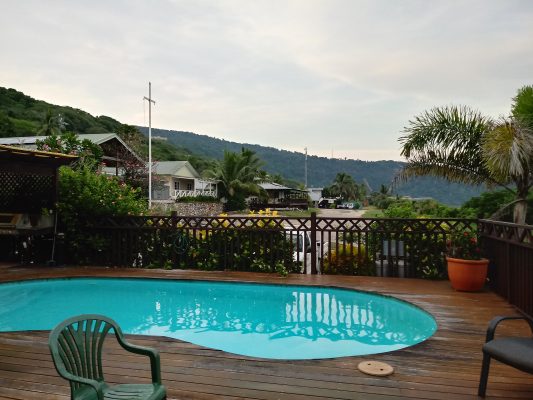 Day 2: Up bright and early to start our diving, the three hour time difference helped us out there.  Drove to the jetty at Flying Fish Cove to meet the Extra Divers crew Dave, Jo and Rochi; also Nemo, a dive boat that some of us older Melbourne divers had met before. After a short boat trip and much fluffing around with gear, we hit that gorgeous 29 degree water with 50m vis!  Ahhh, that’s what we’d all been waiting for!  Perfect weather, two awesome dives: Thunderdome and The Wreck.  Beautiful blue water, lots of hard coral, steep drop-off, hybrid fish that only occur at Christmas Island. Thunderdome had a swim-through which was pretty awesome. A pod of dolphins played around the bow of the boat when we moved between dives. 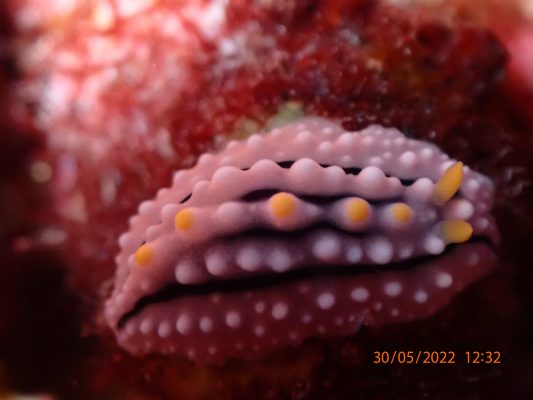 Some of the group went on a bonus afternoon dive off the jetty, saw lionfish and moray eels.  Others chilled by the pool or had nanna naps.  Brought the hospital a customer with a suspected bend which fortunately turned out to be fine.  Golden Bosun for dinner again and an early night as we were all knackered. 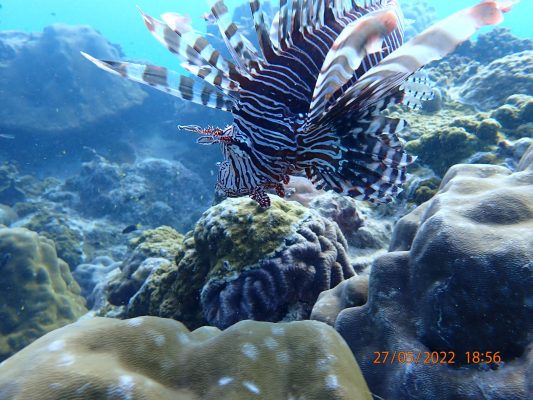 Day 3: Weather forecast not great for the afternoon, but still good for the morning so off we went.  Hopped into the first dive at Chicken Farm in nice calm conditions, but by the time we got out an unseasonal squall had come up and getting back on the boat was a feat. So much so that one diver fell off the ladder onto the (stationary) propeller and got a nasty cut on his leg, and a second diver got a fist-sized bruise on her leg. And when the crew tied up to the jetty to let us few off the boat, the wrist-thick rope snapped. 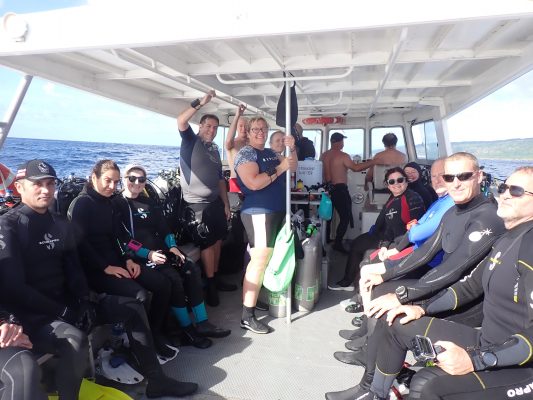 We had to swim from the boat to the jetty, which wasn’t anywhere near as hard as it sounds. So once on land I brought the hospital a second customer, to get some stitches in his leg. That should have kept him out of the water for the rest of the trip but he earned the nickname of The Black Knight by declaring that it was just a flesh wound and he’d be fine.  Most of the group stayed on and did a second dive – by the time they came back the jetty was fine and they were able to walk off as easy as you please. A Boy Named Sue drove everyone back in the minibus in my absence.  In the afternoon, the jetty had calmed down so much that a few people did a very enjoyable shore dive from it.  Others went exploring the island: we visited all the free-roaming chickens at the cemetery, and checked out the beautiful scenery at The Grotto, Ethel Beach and Lily Beach. 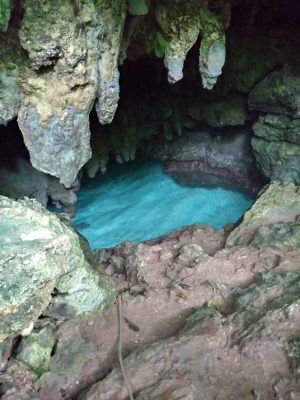 After thinking it through, A Boy Named Sue picked up a red crab from behind to avoid the claws.  The crab promptly reached underneath its belly and pinched him, resulting in a manly roar and much laughter.  The little buggers have no road sense so it took a lot of concentration to avoid running them over, to add to the concentration required to drive the “road” to The Blowholes.  I was pleased that we were in the 4WD ute and not the minibus on that occasion.  We decided that “avoid the crabs” were good words to live by and had stood us in good stead so far. Dinner at Lucky Ho was enjoyable, as were the jokes about the name. 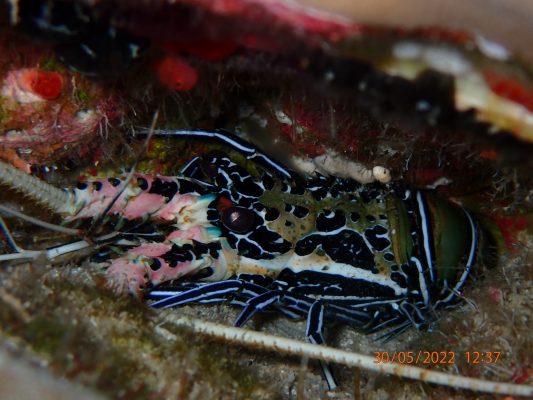 Day 4: Weather closed the jetty to us so we got on the dive boat at Ethel Beach round the other side.  As there is no jetty on that side this involved forming a human chain to get the divers in the water and fins on, then passing in all the gear and spare tanks to swim to the boat.  It all looked very daunting at first but we soon got the hang of it under the guidance of the crew. Less energetic people just got themselves to the boat, more robust ones did several trips with gear. The weather on the east side was kind so we did a couple of scenic dives at Steep Point and Waterfall Bay, with no dramas getting back on the boat.

In the afternoon I finally got my jetty dive, it was amazing.  The Harem Leader came up a bit earlier but every time Bear and I attempted to ascend, we spotted more Shiny ThingsTM and stayed longer.  100 minutes in fact, a personal record for both of us.  Others went exploring the island. 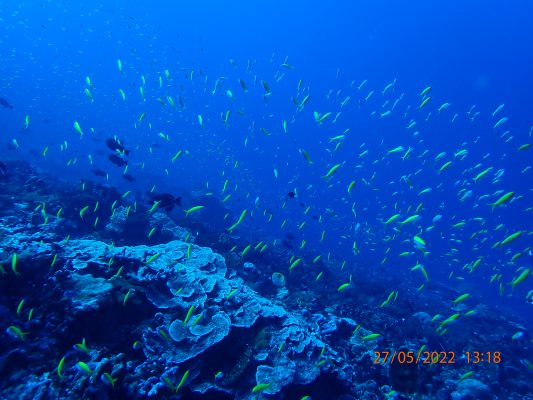 Day 5: The weather gods decided that we needed a day off from diving to explore the land part of the island. We started off with the Infinity Pools, rock pools with ultra-sharp rocks. Then the Insane Five (including the Black Knight!) went for a strenuous 3-hour hike. The more sane members of the group (it’s all relative) went to Hugh’s Dale to get eaten by mozzies and stand under the waterfall.  We swung by the jetty and by Ethel Beach, Dave of Extra Divers really did make the right call, it was as rough as hessian undies out there. Also saw an adorable pair of nesting boobies at Lily Beach.  The afternoon was spent relaxing or napping in our rooms, or at Rumah Tinggi Tavern up the road which only opens on Saturdays. 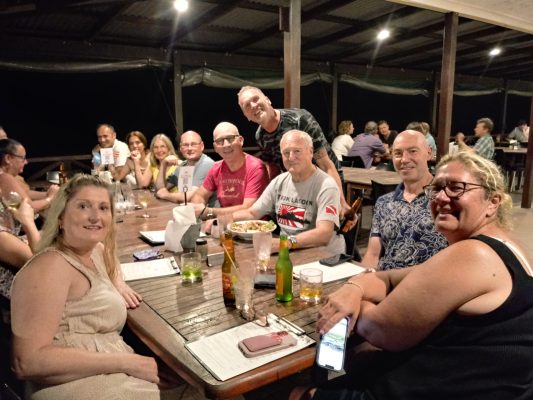 Day 6: We must have appeased the weather gods somewhat, as we were able to dive from Ethel Beach.  However the torrential rain hinted that they weren’t entirely happy yet. That was the first time I have ever got in the sea to warm up – that rain is cold!  The surface of the water was so murky from the soil runoff that I couldn’t see my fins, but only for the first two metres then it was its usual inviting clear blue. Juvenile anemone fish, hybrid angelfish, spotted moray eel, gorgonian fans, black-tipped reef shark.  Back at Sunset Lodge the chef in our group, Jools, cooked a very tasty BBQ for us all including the Extra Divers crew. 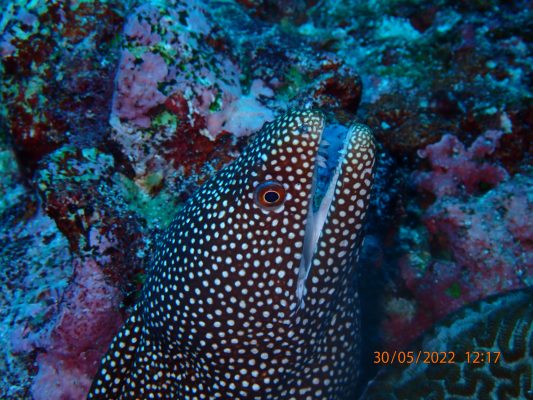 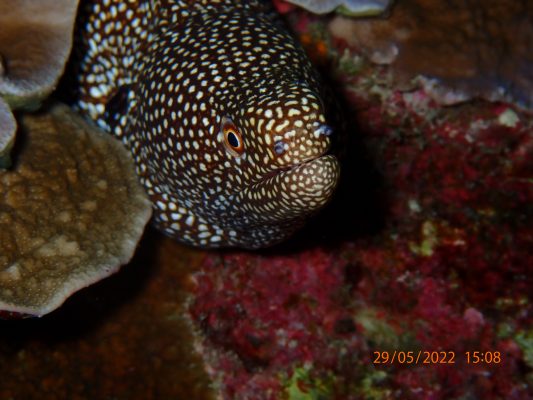 Day 7: Our last day of diving departed from Ethel Beach again, we had the routine down by then. The weather and the diving were just perfect on that last day – calm, sunny, lots of marine life. Brought the hospital a third customer whose feet had been attacked by evil dive boots and thongs – honestly I should have charged the hospital commission! Probably the most business they’d had in ages.  We headed over to the dive shop for drinks and pizza with the crew.  Sounds simple but it was a major undertaking getting enough pizza to feed 20 people from the tiny pizza shop, we ended up supplementing it with takeaway from Lucky Ho. 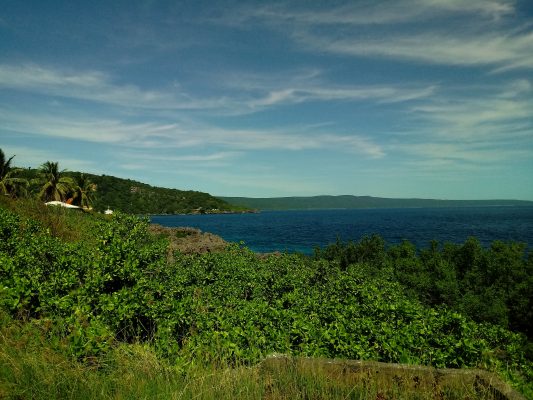 Day 8: Packed up, checked out and went exploring Tai Jin House and surrounds.  We thought T.O.T had let us down this trip with not a skerrick of nudity to be seen, but she came through with a skinny dip in the pool before we left.  Dave the Extra Divers Legend took our luggage to the airport and we were off to Perth to deal with the bloody-minded customs people after midnight, then a few hours in bed at the Sanno Hotel in Perth. 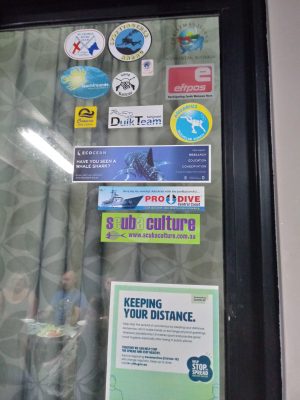 Day 9: Perth airport in the morning, deal with the bloody-minded security staff. The established Harem Leader faced a challenge from a new bull with a breakaway harem, but managed to maintain his status.  Flew to Melbourne, many fond farewells and hugs.  My God Melbourne is cold!  But it has plenty of fresh fruit and vegetables at non-ludicrous prices so that is a plus.  I reckon most of us had salad for dinner the next day. 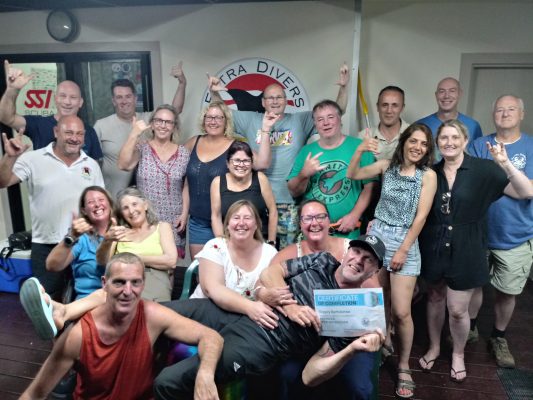 The Divers (in alphabetical order)

The Extra Divers crew (in order of appearance)